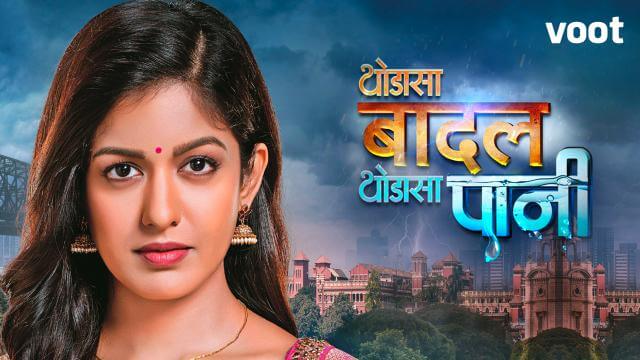 The show begins with Chandana saying to Kajol that she’s been through so much since her baby was gone. She says that I was silent after you ended your marriage, and I was still when you assumed the business. She states that when the death news broke I was grieved from the inside, first by your baby and after that you. I was thinking that God test us. Then, when you returned I was able to live my life. You’ve done it when you returned. She claims I am not strong enough to take on anymore drama. She says I’ll focus on other children too. She says that your baby went but it doesn’t mean his values didn’t change. She says that those who don’t follow the rules and values of the country aren’t welcome in my heart and home.

Kajol is crying. Chandrika, Anu, Apu and other guests depart. She glances at the newspaper and says I’m sorry I could not see Anurag. Anurag. The doctor. Anurag comes to his room and meets Priyanka. Priyanka shows him newspaper. He reads the newspaper and says that he won’t leave the newspaper because it has published false information. Priyanka asks him why he is unhappy, when his true story is revealed. Kajol speaks to Vishu’s picture and says that she is not involved to Vishu and Dr. Anurag. She explains how she is able to quit Dr. Anurag in the road with a broken leg and then help her. Anurag says to Priyanka the truth that Kajol is a girl who is simple who has never worked before, but all obligations fell on her shoulders following the death of her father. He’s worried about what her family’s reaction will be. Priyanka claims you’re worried for her , not over the news. She says you’re worried about an unknown person.

Dr. Anurag says that she’s not a stranger. She was my mother’s student and she was named Mishti. He claims that she was the patient of my father, and I witnessed him die in front of him. He says she was making tours with my cousin on that day, and I feel her pain and how she screams. Priyanka wants him to be calm and suggests that if you wish to assist her, discuss it with the family members and she. She states that they should be shocked and asks him to convince them that there is nothing that is personal between you in the event that it is. Then she goes on. She is greeted by Dr. Anurag thinks how to contact Kajol after having reprimanded her. The article could have caused an uproar in her home and life He thinks of ways to assist her.

Kajol believes that whatever transpired was wrong, and I’ll stay clear of her and Dr. Anurag. Kajol believes Maa is very concerned she is worried, and I won’t be able to bother her further. She is able to burn the newspaper and states that I’ll never ever meet Anurag once more. She remembers Naina and Chandana’s claims. Rajesh arrives at the office to inform them that they’ve received the advance to the NGO. Kajol states that we didn’t provide the quote. Rajesh says that they were asked to provide a the quote and that they will make adjustments in the future. He suggests that there could be a lot of stress at home as a result of the news. He wants her to pay to Chandana in order she can believe that she had to leave for work yesterday.

Kajol states that money is not as important as respect, and says that her respect for her is being destroyed. She claims that she will give funds to an NGO and will visit the NGO at night to end the agreement. She believes she doesn’t wish to establish any relationship to Anurag and the NGO. Anurag is a doctor. Anurag gets Manager’s call and tells Manager Kajol that Kajol did not want to accept the call. Anurag is furious. Anurag gets angry and states that Kajol stated that she would refund the money and that it is about her self-esteem. Anurag believes this is because of my poor conduct and this fake story. He tears up the newspaper and believes that she’s harming herself because of me. I will not allow this to occur. In the night, she goes to the dinner and gets injured on the leg. The girl appears and speaks to her. She says that I’m going to be a punishment for the toy.

Kajol says that it hit me. The girl says that she knew that you would return because you’re good and I have made promises to you. Kajol believes she must violate the promise and give her chocolates. Kajol gives the cash back to her Manager. Manager informs her that if she is having an issue, they will solve the issue. Kajol states that there is nothing to worry about and I’m unable to fulfill the order. The doctor. Anurag comes there and informs her that she cannot abandon the order at this point. Kajol states that I don’t have a problem with this particular order, however I do not want to deal with you. Anurag is to her side and tells her don’t work with me, instead deal directly with the workers of NGO. Kajol says let me go.

Anurag claims that you’re stupid, you can’t discern the difference between news or gossip. Kajol says that my family and friends believe in the news and I was very upset. She claims that she doesn’t know what you are thinking however I must confront many issues. He tells me that I will speak with your family and explain to them that there’s no relationship between us. Kajol declares there is no need for clarification, I don’t require assistance from you. She stretches her hands and requests him to not be in her private space. She puts her hands in a folded position and says that she does not want to establish any kind of relationship, professional or personal, with you. She leaves. Anurag believes that I am pulling towards her, but she’s drifting away from me.

Kajol informs Pishimaa she’s brought 12 brahmin outfits along with dakshina, brahmin clothes and other items. She requests Pishimaa as well as Shyam to look over the items. She says she’s provided brand new clothing for all, and asks them not to inform Maa. She assures her that she won’t cause any trouble to Maa and wishes to say a her a final goodbye to Baba. She heads downstairs to look for her. Pishimaa talks with Vishu’s photo and tells her that you left and Chandana left her. Both of you have left her as an orphan. Kajol is making arrangements for the puja of shradh. She arrives at Pishimaa and requests her to visit.

Sharmila says to Anurag today Anurag has go to Mukherjee Babu’s shradh. Sharmila says Kajol is extremely strong and is able to handle everything. Anurag says that I won’t leave, and you know wellhow uneasy I am with these people. Sharmila is curious if anything happened in between Kajol with you. Anurag claims that we are strangers. He asks what could occur between us. Sharmila claims that your and Kajol’s relationship is one of human kindness, you helped her baby and even offered him a shoulder after the latter was dead. Sharmila says that after she came into contact the accident that you took her home. She even took you to the hospital. She said that your relationship with heris a human relationship. 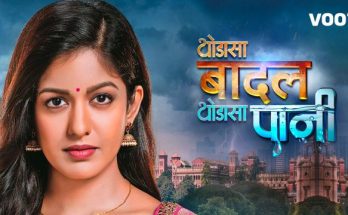