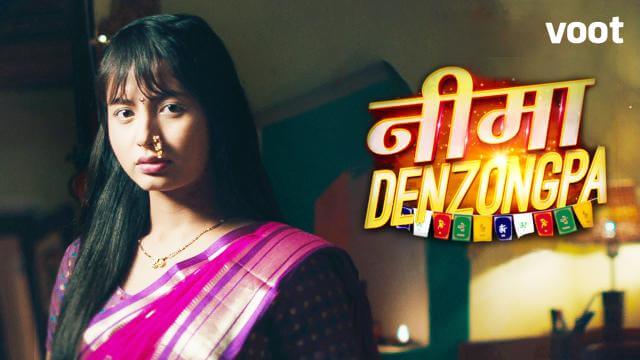 Nima is at Suman’s house. Tulika hides behind her and approaches her, but Bakay grabs the woman and tells her that she is a thief. You must go. Tulika says no.. no. Suresh arrives and sees her. He says Tulika?

Bakay brings Tulika, Suresh and Maaji to Maaji. Suresh claims she is my wife. Tulika says I didn’t sneak in. Maaji asks why she was spying on our home. Bakay claims she was looking through our windows. Ginesh informs Suresh that your actions have caused problems since you arrived here. Suresh responds that she is truly sorry. Maaji questions her about what she is doing. Tulika attempts to speak but her voice is gone. Suresh claims she needs money because she is ill. Maaji walks away from her. Tulika said that I have a sore throat. Ginesh scolds them all and asks Suresh for permission to send her off. Before you come back, please ask for our permission. Suresh takes Tulika there. Tulika looks around, but she doesn’t see Nima. Nima spots her from the kitchen, and becomes scared. Suresh tells Tulika to leave. Tulika leaves.

The manager at the bank tells everyone that they will be taking an annual trip. This time, we are going to Pune. Sia claims that everyone must attend. He said yes, it is compulsory. The form must be submitted by everyone within 2 days. He then leaves. Shiv notices Sia becoming agitated and asks him what has happened. These workshops are great fun. Sia claims it’s not all about that. I doubt Ayi would let me go. She has never allowed us to stay over night anywhere. Shiv said you could ask her. Sia claims you don’t know my mom.

Paras is called by the secretary, who says Mania has come to meet you. Paras smiles as she examines her bracelet. Paras looks away as Mania enters. Paras asks Mania to get down, as he is searching for the reference catalogue. Mania tells him to stop looking for the catalogue. Although I appreciate the opportunity, self-respect is what is most important to my. This shoot will not be possible. I can’t do it. Paras looks at him and tells him that he is not an uncle. Mania smiles at him. She responds, “Paras?” He says you remember my name? Mania said that you saved my life. Where is the uncle? Paras claims he is my father, but I am the CEO. Mania said it was so nice to see you. It was a dull day, but it’s not anymore. You did all of this just to see me again?

Paras sneezes and becomes scared. Mania giggles. Paras believes that my photographer made a mistake in rejecting you. You suit our brand. Mania said you were cute. I was interested in this shoot, but now I’m confused. Paras states that he wants to grow this saree company. He shares with her his business plan. He said that he knew you weren’t interested in the work, but it was a good chance and you would be the face for our campaign. Mania states that although I don’t get all of this, you have shown me respect and I will try to do it. He shakes her hand. Paras smiles. Paras’ friend Hemal arrives there. Mania tells me to get moving. She smiles and then leaves. Hemal claims that you didn’t introduce him to bhabhi. I am glad you’re getting married. Paras claims she is our model but she is not my future wife. Hemal claims that I knew you wouldn’t find a girl like her. Paras hits him.

Nima visits Suresh to ask why Tulika was here. Your wife came here because everything is going well. She is the talk of everyone in the house. Suresh claims she is insane. Nima claims that if she saw me, she would have made a problem. We could have lost jobs. I cannot survive without my job. Suresh said I’m sorry. Trust me, I will take care of Tulika. Nima tells you that we have no other choice.

Varun is greeted by a postman who brings him a letter. He takes the letter and leaves. Sunita asks him what he would write in the letter. He responds. Varun tells her it’s great news. Sunita asks Varun to read it to them. Varun says that the exam is not eligible for him because of his poor attendance. He will need to take the class again. Sunita asks what it means. Varun becomes agitated and states that they are happy to dance with me.

Ginesh is speaking to Babita’s father-in law. Paras ends the call by telling him that Babita’s father-in-law agreed to the joint engagement ceremony. Paras becomes agitated and suggests that we launch our online campaign only at the engagement party. It would bring in the rich. Ginesh loves the idea and praises it.

Nima returns home, and she is stressed. Sarla approaches her and asks, “Where are you?” Nima replies that I am busy with work. Sarla promises that we will speak today.

Suresh returns home and is furious at Tulika. He asks how you can spy on my workplace. I was insulted. Sunita asks Suresh for some calm. Suresh questions why you did it. Tulika replies that I was trying to catch you red-handed. You don’t accept my call, but you have another girl’s handkerchief. I was curious to find out who you were meeting up with. Suresh claims that we’ve been married for many years, but you doubt your love forever. Tulika replies, “Don’t call me that.” Sunita requests Suresh not to think about that. Suresh shouts at Sunita that she is insulting me everywhere. I don’t want this house. Tulika is shocked to hear this.

The episode is over. 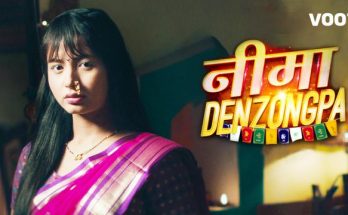