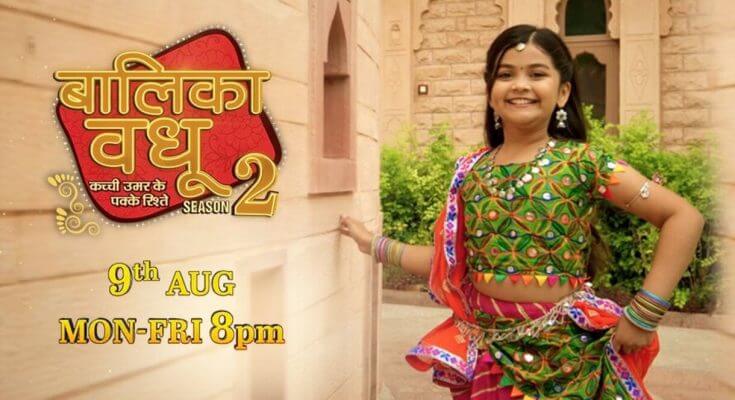 Ratan asks Anandi about Diwari’s relationship with her. Anandi recalls Sejal asking if she would tell Sejal about sasural’s domestic matters and vice versa. She says that Diwari used to play with her in the kadai, and he swirled it. It was great fun. Ratan questions if Ratan is telling the truth. Anandi says yes. Ratan saw Anandi getting ready in the morning and setting up her bedroom. Ratan questions her about why she woke up so early and took a bath. She then asks her if she used to wake up at Raigarh early. Anandi recalls Maadi baa throwing water at her and asking her to stand. She said that she used to wake up sometimes, but not every day. Ratan said that you can still sleep late. Anandi says let me do my work. Ratan looks on.

Prem ji informs Sejal that Anandi is missing him. Sejal claims even Khim Ji and Ratan would have missed Anandi, when she was there. Khim ji calls Anandi when he returns home. He claims he brought her favourite breakfast. Anandi promises she will cook for herself. Khimji and Ratan look at each other. Anandi said she had missed them, and school. Khim ji claims that I have read your books. Anandi claims that I didn’t receive, but Kaku brought books to me. Khim ji tells her that it’s okay, you can now study here. He tells her to get some rest. Anandi tells him that I cannot sit still. Maadi Baa says that girls should not be idle and that she will assist Baa. Ratan is stunned. Chowki calls Prem Ji and cancels the order. Prem ji asks why and how do you cancel it. The order is almost complete. Maadi Baa hears him. Prem Ji tells Sejal this is the first time it has happened. Maadi Baa requests him to speak to Chowki’s superior. Prem ji tells Maadi Baa that nothing can be done.

Anandi sweeps the floors in the house. Ratan remembers Anandi not knowing how to sweep and asks her if she has ever swept before. Anandi becomes tensed and replies that she does sometimes. Khim ji arrives there. Ratan tells Ratan about Anandi’s new behavior. He tells him that it’s not a problem if she does housework. She is growing up. Later, Kalpesh returns home with Leela & Bhavan. Anandi arrives and shows Kalpesh jalebis, khakra and hugs him. Kalpesh tells him to tease him. Anandi teases him by telling him that she slept with Baa. Ratan asks Leela & Bhavan to meet Dr. Sharda. Bhavan agrees.

Dhingri returns home and gives Ratan Principal’s letter. Ratan asks Kalpesh for the letter. Kalpesh warns Anandi that if she doesn’t attend school within three days, her name will be taken from the school. Anandi arrives and embraces Dhingri. She promises that she will study hard and go to school. Dhingri is shocked. Ratan is shocked when Anandi says that she forgot the books in Prem Ji Kaku’s home. Ratan claims that you forgot books when you eloped from there. Anandi said that I can act as a bahu so that’s why he thought I could reach here.

Anandi is later contacted by Kanku and Jigar. Anandi says that she has so many things to study, and that tomorrow will be the test. Jigar promises you’ll fall asleep quickly. Anandi promises she will study. Kanku says that Prem Ji Mama has called her. She tells Kanku that she has an idea to get her up to study. Anandi studies at night. Prem Ji gets a call from Lakha Kumar that the factory caught on fire. He calls Lakha Kumar. They move on. Maadi Baa asks the goddess to protect their factory and house. Later Prem ji comes home with Lakha Kumar. Diwari declares that loss is loss and scolds his watchman. Prem Ji hugs Moti Baa, and then cries.

Anandi greets Ratan next morning. Ratan questions Anandi about what happened to her. She used to excuse herself when there was a test. Lakha Kumar claims that fire was started, but that all of our belongings were destroyed. Prem Ji tells Moti baa that their hard work and years of effort are gone. Maadi Baa tells Moti Baa that Bhagyalakshmi left and took your destiny. Moti Baa tells Prem Ji that Anandi, Bhagyalakshmi, is the owner of this house. As she left, everything began to ruin here.

Precap: Maadi Baa asks Prem ji to bring Anandi back. Anandi says that she won’t go back. Prem ji decided that Anandi should be brought home. 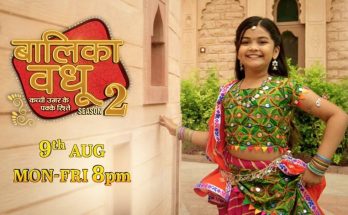