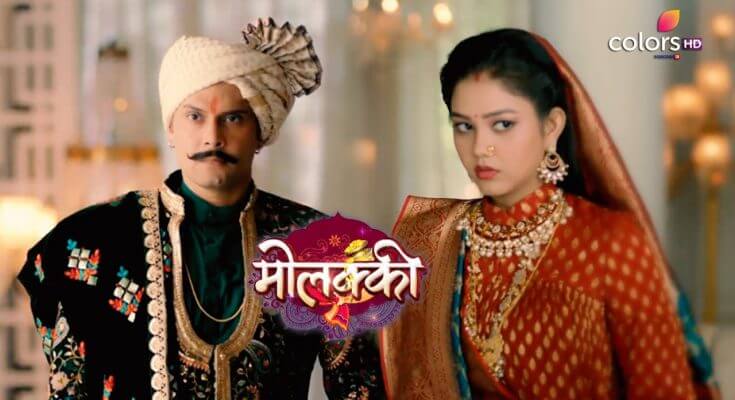 Sakshi advises Virender not to wipe the tears from his face. Allow them to flow. You’ll feel better afterward. He advises her to go away. I would rather not talk with anyone. Sakshi claims that you’ve been in a lonely place for the last few days . We don’t have the bond of love now, but I’m still your close friend. You are able to share your sorrow with me. I am not able to fill in for Purvi’s role, however I could certainly be a good friend. Please share your feelings with me. You’ll feel better.

Purvi sings a lullaby to Juhi as well as Manas. She gets a message from Arjun. I’ll be in touch soon. Make sure the children have gone to sleep and you’re at your best. She goes into the kitchen. Arjun’s words echo through her head. She takes out the knife and screams. She lies on her mattress, holding the knife. I’ll take him down with the knife if he does attempt to impose himself on me. She conceals the knife behind her back while she listens to footsteps. Arjun arrives and removes his coat. He leans towards Purvi. He takes out his blanket and pillow, leaving her shocked. He asks her where he’s going. He says he knows what he wants to get and when. I will make you visit me. I will not force you to do any reason. Wait until then. I’m off to another rooms. Happy Suhagraat. He smiles as he walks out. Purvi breathes a sigh relief.

Sakshi is telling Virender to go to sleep. Virender is shaking his head. I need to know the truth today. What made Bawri make that decision? She is not able to marry Arjun. I’d like to know the reason why she did it. Sakshi claims that she told me that she loved Arjun and that’s the reason she decided to marry Arjun. Virender claims she loves only one person and it’s me. She has to be forced to do this. I would like to know the reason why now. She could have stared me in the face If she truly loved Arjun but she was not eye contact with me throughout. This means I was being deceived by her. I can’t let her abandon me or my kids with this kind of behavior. There was something she was unable to tell me. She had hidden some thing from me. I’m not sleeping soundly until the moment I figure it out. Sakshi recommends to him to discover the truth even if he’s convinced. He smiles. He is told that Navratre is staring at him in the future. Ask Mata Rani to find out the reason for her disappearance as soon as possible. It is time to sleep. Virender leaves.

In the early morning Purvi as well as the youngsters will be performing puja at Arjun’s house , while Sakshi, Prakashi and Anjali perform rituals in their haveli. Virender arrives for the puja too. Purvi asks for strength to stand up to Arjun and take him to justice for his actions. Find a way for me to keep me from being a victim of his. Virender is also praying to uncover the truth behind the actions of Arjun. I ask God to give me the courage to pull Purvi and her children free of the situation and return them safely. Sakshi says to Virender not to be worried. It’s not going to occur for Purvi and the children. He asks her to find out that he’s considering Bawri.

Arjun makes aarti out of his puja thaal. I’m going to work. I’ll be back shortly. Do not try to be smart and you could end up paying the price.

Sakshi says that I know what you’re thinking as I look into your eyes. I am sure you’ll be praying for Purvi this morning. Prakashi and Anjali invite them to join us to breakfast if they’re not done discussing Purvi.

Purvi attempts to enter Arjun’s bedroom, but it’s locked. She makes use of her hairpin to unlock the door. My job is to look for Arjun’s weakness and give him something. She looks through his possessions and documents, but she can’t discover any evidence. How can I stop him and free him of this chaos? She knocks on the drawer annoyed and a file is dropped. She realizes that it wasn’t there previously. She notices the tape over it. It could have been chipped on top. She reads the newspaper article that states that Arjun’s license was cancelled several years ago. Arjun cheated the court, and everyone else. She reads out the identity that is Radhika Ahuja. Purvi is able to keep everything in order and walks out of the room. She texts Radhika Ahuja asking her to call her ASAP. She realises that the custody papers signed by Arjun are now untrue. Arjun has no rights over the children now. I’ve discovered his weaknesses. Let me meet Radhika once. I will instruct you (Arjun) an important lesson and you’ll be penalized.

Virender informs Sakshi to take Prasad in the case of Purvi and her children. I’m going to meet them. I’ll give it to them. She smiles.

Purvi is waiting for the response of Radhika. She gets the text message from Radhika right after and then calls her. She inquires with Radhika regarding Arjun. Radhika says he is a fraud. He made all the evidences and evidences vanish during my case , however I found everything out at the right time and revealed his fraud. I had his license revoked. What can I do to forget him? Purvi speaks to her about her experience. I’m concerned about my children. I would like to present his true face in the eyes of everyone. Radhika advises her to take on the battle by herself. It’s been way too long. I’m not going to see the same person again. Purvi wants that she meet him at 4:00 pm at the Rewari Market today. This is about my children. I’ll be waiting for you. Her phone is turned off when Arjun comes in. Arjun asks her who she was speaking to. Why is the door shut? Purvi claims she was talking to Sakshi Ji. Purvi phone calls Radhika Sakshi and arranges to meet her at Rewari market at 4pm. She calls her back. She informs Arjun it’s an excellent opportunity to change the routine for the children. He decides to go along and then leaves. Purvi thinks about how she can meet Radhika If Arjun is also coming along.

Virender encounters Juhi And Manas. He presents them with Halwa. Juhi tells us that haathi performed Mata Rani’s puja early in the morning. She will bring us to the market at night. The market is going to be decorated. Manas requests that he joins too. It will be fun. Virender is happy and invites the girls inside. Virender says to Purvi that he will be there to answer any question at night.

Purvi and Arjun visit the market with their children. Arjun provides the kids ice cream Manas as well as Juhi. They are delighted and share the news with Purvi. They smile at her, but she is worried about what’s happening to Radhika is. Arjun is asking her to tell him what she would like. She doesn’t respond. Children demand Arjun to buy candy floss. Arjun takes them to the store. Virender is looking out from a distance and pursues Purvi in silence. Purvi receives a call and is forced to leave. Arjun asks her to return as soon as possible. Virender is able to cover Purvi’s mouth while he pulls her away. Do not shout. I must say an important point to you. What is the reason you lied to me? What is the reason you married that cheater? He lies to her again by not looking him in the eye, however he refuses to believe the lie. I want to know the truth. What is the best way to love 2 individuals at the same time? What’s driving you? What made you take such a huge leap? She says it’s her will. I got married to him because I have a love for him. He has her gaze fixed on him. It is possible to tell the truth when you look into my eyes. She advises him to consider what he would like to think. That’s the truth. He prevents her from leaving. He holds her hands on his head. Tell yourself that you have a love for Arjun. I will be dead if you lie down now. She is crying when she turns her hands away. Don’t do it. This is the truth. He warns her to not be a liar. I’m still able to fix everything. Please tell me why you took this action. She gets emotional and takes his hand. He demands that she speak out. What did Arjun tell you about why you were forced to take such an important step? Arjun is calling out to Purvi right at this point. 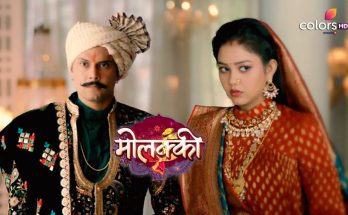