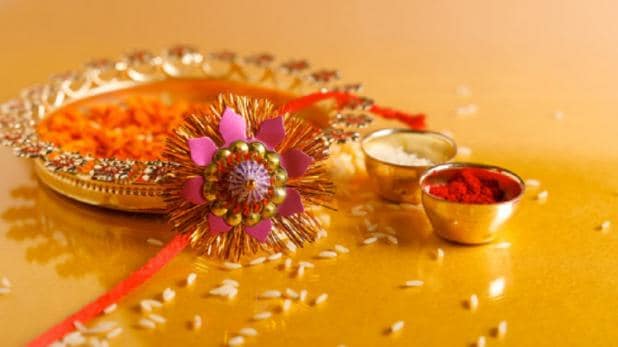 Rakshabandhan 2020 – Once Mata Lakshmi made King Bali her brother and freed Lord Vishnu from his promise. This time, read this legend on Rakshabandhan.

Rakshabandhan 2020: Rakshabandhan festival will be celebrated on 3 August. It is a festival of brotherly love. It promises to protect the siblings. Rakshabandhan is also mentioned in mythology. Once upon a time, Goddess Lakshmi had made King Bali as her brother, and liberated Lord Vishnu from his promise. This time, read this legend on Rakshabandhan.

According to mythological beliefs, Mata Lakshmi first tied a rakhi to King Bali. Once King Bali attempted 100 suzerainty by completing 100 yajna, Indra got scared. He went to Lord Vishnu and requested protection from him. Then Lord Vishnu assumed the Vamana avatar.

He went to King Bali in the Vamana avatar and asked for three steps of land in alms. Bali promised to give them three steps. Then Lord Vishnu named the whole earth in two steps. Seeing this, the king understood that this Vamana person could not be ordinary. He turned his head forward. Seeing this, Lord Vishnu was pleased with King Bali and asked him to ask for a bride. At the same time, Bali was asked to live in Hades.

Then King Bali said that Lord! First you promise that you will provide what they ask for. Will not trick them. Lord Vishnu pledged to him. Then Bali said that he will remain in the Hades only when you are always visible before his eyes. Upon hearing this, Lord Vishnu became confused. He thought that King Bali had made him a guard.

Read Also: These are the 9 largest Hindu temples in the world

Lord Vishnu, bound in his promise, also resided here with King Bali in Hades. Here Mata Lakshmi was waiting for Lord Vishnu. Narayan did not come even after a long time. In the meantime Narada said that he has been the guard of King Bali due to his promise. Mata Lakshmi asked Narada the remedy, then she said that you should make King Bali a brother and take a promise of protection from him.

Mata Lakshmi then took the form of a woman and went to King Bali. Seeing the weeping woman, Bali asked the reason. He said that he has no brother. On this, Bali offered to make her his sister. On which Mata Lakshmi tied the thread to Bali and took the promise of protection. In Dakshina, he offered sacrifice to Lord Vishnu.

In this way, Goddess Lakshmi made Bali a brother by wearing a thread of protection, and also freed Lord Vishnu from his promise.