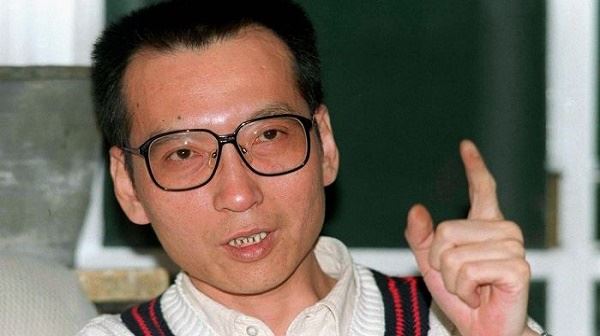 Liu Xiaobo was a Chinese writer, literary critic, human rights activist, philosopher and Nobel Peace Prize winner, who called for political reforms and was involved in campaigns to end communist unipolar rule in China. Some called him the “Nelson Mandela of China”. He had arrived in Jinzhou, Liaoning as a political prisoner. On 26 June 2017, he was given medical parole after being diagnosed with liver cancer and died on 13 July 2017.

Liu rose to fame in literary circles with his literary critics in the 1980s and he eventually became a visiting scholar at several foreign universities. He returned to China to support the 1989 Tianmen Square protest and was jailed for joining the democracy and human rights movement, first from 1989 to 1991, again from 1995 to 1996 and then from 1996 to 1999.

He served as president of the independent Chinese PEN Center from 2003 to 2007. He was also the president of Minju Zonggu (Democratic China) magazine from the mid-1990s. On 8 December 2008, Liu was detained for participating in the Charter 08 manifesto. He was formally arrested on 23 June 2009 on suspicion of “inciting subversion of state power”.

In April 1989, he left his post as a visiting scholar at Columbia University to return to Beijing to participate in the 1989 democracy movement. On June 2, Liu, along with Hou Daejian, Zhou Duo and Gao Xin, went on a hunger strike in Tianmen Square to protest and appeal martial law for peaceful negotiations between the students and the government.

In the morning of 4 June 1989, the four attempted to persuade the students to leave Tianmen Square. After the rebuke, Liu was held in Beijing’s Kincheng prison until January 1991, when he was convicted of “anti-revolutionary propaganda and abetment”, but was exempted from punishment.

In 2008, Liu drafted “Draft 08”, a 19-point program that called for greater political freedom in China and concluded with the signatures of more than 300 academics and intellectuals. Liu was arrested hours before the document was released on the Internet, and at a trial the following year, he was sentenced to 11 years in prison for sabotage.

He was awarded the Nobel Peace Prize in 2010, but neither Liu nor any of his family members were allowed to attend the ceremony in December that year.

In her absence, Norwegian actress Liv Ullmann read a statement that Liu had made in a Chinese court last year. It read, in part, “I have no enemy nor hatred. Hatred can drain a person’s intelligence and conscience. Enemy mentality will poison the soul of a nation, provoke brutal mortal conflicts, destroy the tolerance and humanity of society, and hinder a nation’s progress towards freedom and democracy. ”

In 2010, Liu was awarded the Nobel Peace Prize in China for his long and non-violent struggle for fundamental human rights. Human Rights Watch awarded him the 2010 Allison des Forces Award for Extraordinary Activism for its fearless commitment to freedom of expression. And freedom of assembly in China.